trendHERO provides a list of similar influencers for your account by deep analysis of active users and aggregation of their follows.

It's the simplest way to get list of influencers for cooperation. 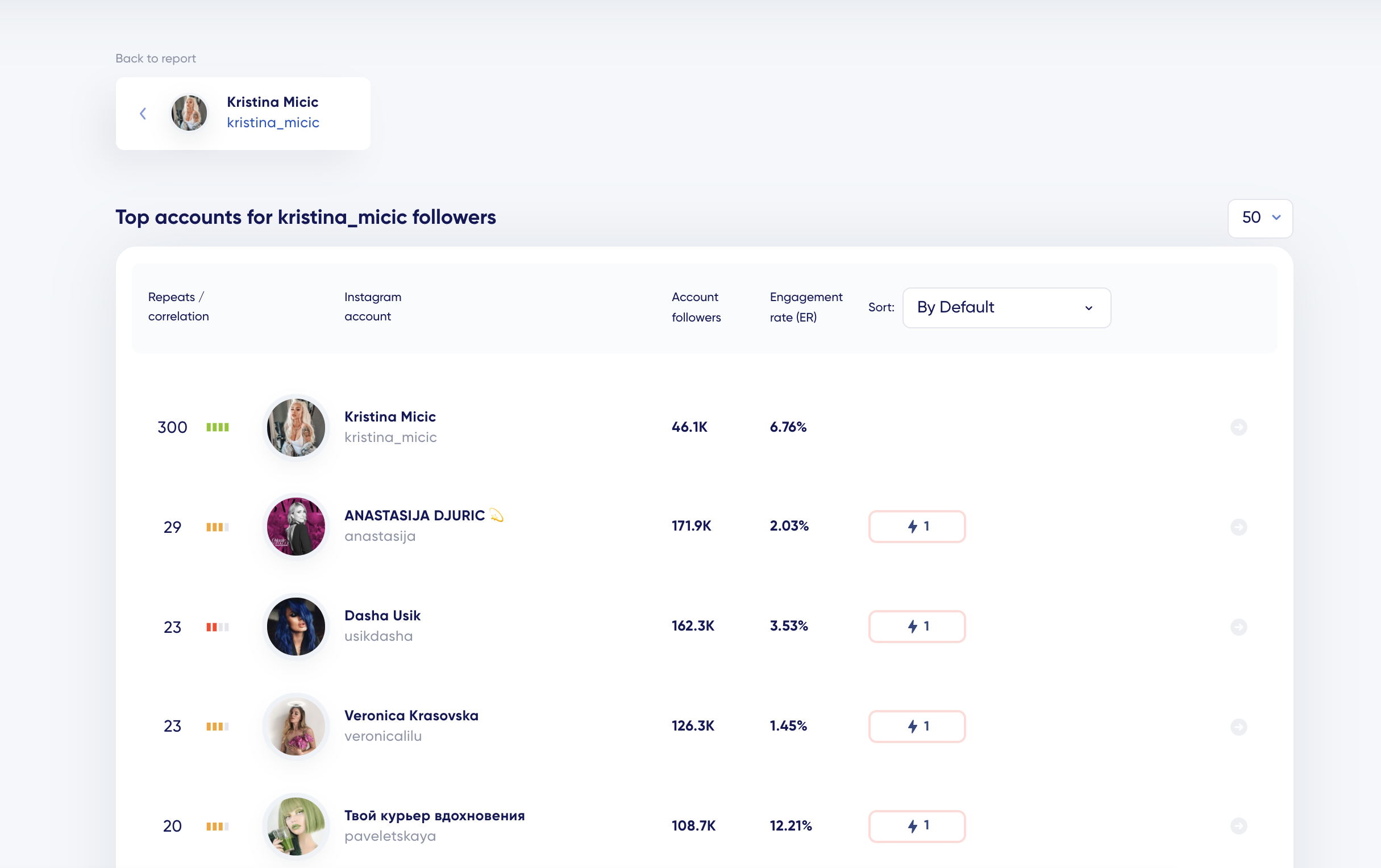 There are two main metric:

You could sort this list by number of followers, ER, repeats and correlation.

Why do we need two different metrics? Using only one metric (repeats) makes this list full of influencers with big amount of followers. For example you have 30 mutual followers with Ronaldo. But he has 200M+ followers, so the chance of same subscribers is huge. That's why we added correlation — with this metric you get micro- and nanoinfluencers who don't have a large amount of repeats, but they don't have big amount fo followers too.

Did this answer your question? Thanks for the feedback There was a problem submitting your feedback. Please try again later.
Last updated on October 13, 2022